Another week of sketches and sketch comics!! Thanks for being so patient everyone, you guys are the best. This one is probably going to show up somewhere in the inside of the first book somewhere, since I actually turned out liking it a lot! Varker is one of those that is really fun to draw but also a giant pain because of his stupid forehead mouth. Drawing that thing in 3/4ths view STILL gets me grumbling half the time...

Love you all!! I'm also going to try to and get better about making blog posts, so soon I'll be posting stuff about cool fan things I've gotten (cos you guys are amazing) some more things I've been doing and COOL ANNOUNCEMENTS!!!

Also as a heasd up, I will b going to Boston Comiccon in August, as well as FlameCon in NYC!! Later this year I will be going to CALA in LA in DECEMBER so MARK YOUR CALENDERS! THese are the only cons I have scheduled for the rest of this year, but next year should be a NICE BOUNTY! In Boston Comiccon I'll be iwth my my buds Yuko and Ananth (from Johnny Wander) and Scott Wegener and Brian Clevinger (of Atomic Robo!)

They are also great. Greater than I.

Hey everyone!! I've been feeling realy run down and burnt out so the next few updates will be sketches or doodle comics! I apologize SO MUCH and thank you for being patient with me!! Hopefully you'll still enjoy them!!

Today's is Logan's family, which is basically everyone that's the most immediately important to him today and while growing up. His mother, two older sisters, and one younger cousin. He got along with them all really well, and Logan is honestly such a sucker for family. I haven't had a chance to announce them all inside the comic yet, so I felt excited to be able to share them in a sketch!!

HEY GUYYSS!! I'm at Anime Expo in Los Angeles with my sister Fayren, at table I25!! Please come say hi!! I will be selling hard copies of Seen Nothing Yet (NSFW/18++++ behind the CLICK!!!))also available online at Slipshine!!) but there's only TWO copies left!! I also have some Not Drunk Enough prints, Overwatch postcards, some spattering of originals and commission slots!

LOVE YOU MUCH!!! At least come and talk to me about how cool Overwatch it ,specifically Lucio and Junkrat and Hanzo and....ok I just love them all 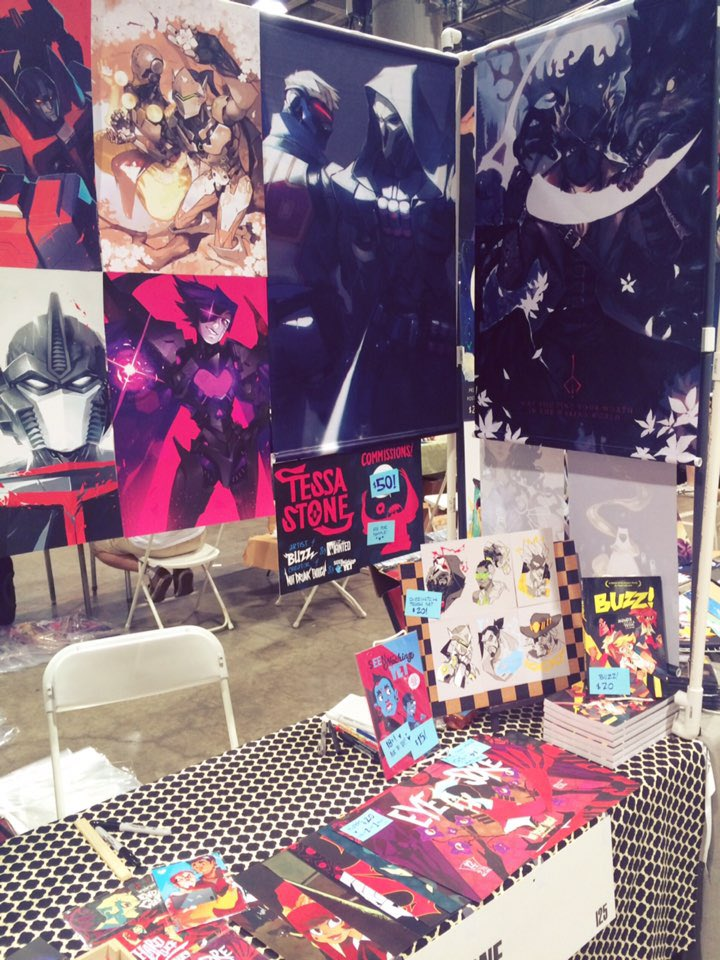